In the era of social networking, Snapchat is a newer entry that becomes very famous in a very short span of time due to its user-friendly features. Snapchat is one of the most secure and safe social networking apps which offers its users to share selfies and videos with their near ones in the safest manner. Snapchat photos and videos are not available for a long time and it also provides a notification if any person tries to take a screenshot or replays the pictures sent. Thus it is secure and safest as chat data it gets disappeared after the particular chat or group has been closed. So the user needs to save the text in order to avoid losing the same from the app. Red Heart Mean On Snapchat

In addition to its safety experience, users enjoy chatting with the emojis features of Snapchat. Snapchat offers emojis which appear on the right side of the chat person’s name. These emojis help in expressing your relationship with your friends as all the different emojis bear a different expression and meaning which exhibits the type of friendship you have with your friends. Snapchat emojis also keep on changing in accordance with the chat record with that person or friend. Further, these emojis are also time-bound and also disappear if you are not talking to the person lately or we can say more than 2 days.

Today we will talk in detail about one of the most featured emojis on Snapchat “red heart” as many people are not aware of its meaning on Snapchat. Red Heart Mean On Snapchat

What does a Red heart mean on Snapchat?

As we all know the meaning of red color is the representation of the feelings like passion, desire, love, danger, strength, power and so. It implies that red is a color that is associated with intense feelings or emotions which are beyond control.

It’s like whenever we have to express our emotions to someone who is very near or dear to us we always choose red roses, why? Because it expresses our intensity of emotions toward our friends. 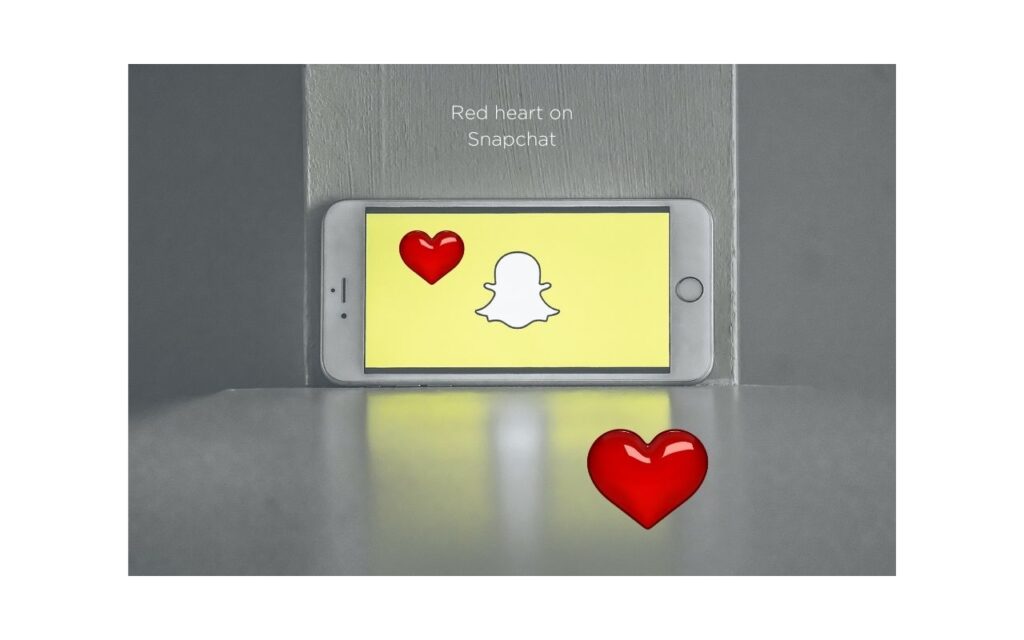 Snapchat also uses the same notion to express your emotions towards friends as if a red heart appears next to the name of your friend then represents that you both are #1 best friends for the last two weeks. It implies that in the last 2 weeks you both contacted each other the maximum times and shared maximum snaps and videos. It also expresses that you both are entirely engaged with each other in sharing snaps more often in comparison to the others on your list.

There is one more thing very commonly appears next to red heart emojis the Fire emoji which represents you both as the Snapstreak. It implies that you both Snapped at each other every day. So it represents that you both are on a Snapstreak with your Snapchats number one best friend.

Related Article: How do you know if someone deleted you on Snapchat

Why does the red heart disappear all of sudden?

Well, the red heart emoji will disappear itself when you are not snapping with the same person often and your relationship status with the friend changes. Red Heart Mean On Snapchat

The Snapchat emojis are an expression that helps in keeping track of your interaction with your near friends. Well, such features make Snapchat unique from other social networking apps as no other app is keeping this track and places labels on your relationship with your friend using such super cute and lovely emojis. Snap chats keep track of your interactions with your friends like who you snap the maximum times and who snaps you back the maximum to interpret your relationship with that friend.